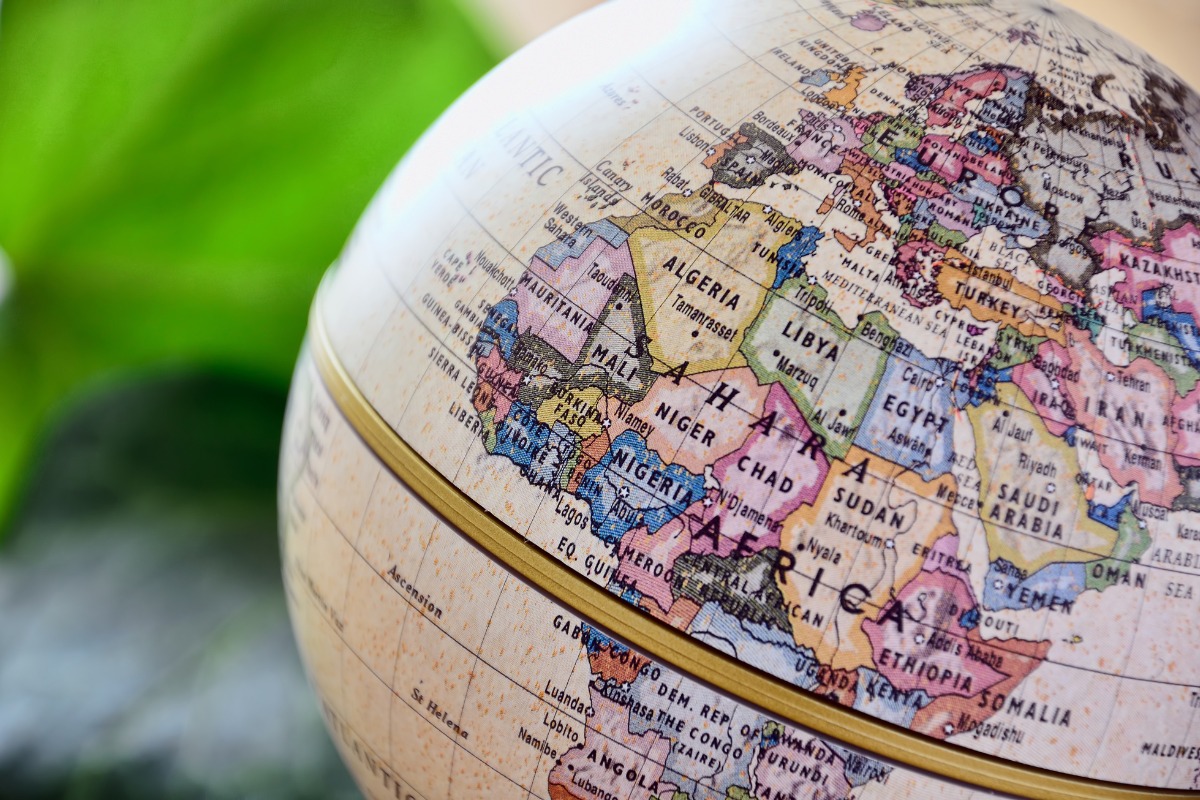 The Middle East and North Africa (MENA) area is a diverse market with a diverse spectrum of economies that presents potential and risks for pharmaceutical companies. Certain markets in the region have strong development potential and more opportunities, making it critical for businesses to assess investment risks and returns. Many medical device businesses have concentrated their efforts in emerging markets such as APAC and MENA. The region’s largest economy, Saudi Arabia, is considered as an appealing target for manufacturers, distributors, and investors.

New Healthcare Infrastructure Projects
The UAE government is massively expanding and enhancing its healthcare system in order to develop a world-class healthcare infrastructure. According to Business Monitor International, healthcare spending in the UAE is expected to reach $21.3 billion by 2021. According to Alpen Capital, the Kuwaiti healthcare business would be worth $5.8 billion in 2022. According to Alpen Capital, Saudi Arabia’s health expenditure is predicted to grow at a CAGR of 6.1 percent to US$ 59.5 billion in 2022. The population is predicted to grow at a 2% CAGR, as are the costs of treatment and health insurance coverage.

Import of Drugs
The majority of MENA countries are working hard for domestic pharmaceutical manufacturers in order to lessen their current reliance on pharmaceutical imports. In recent years, the Middle East has seen an extraordinary surge in import substitution strategies for pharmaceuticals. In Egypt, the Ministry of Health and Population (MoHP) launched an ambitious project with the goal of developing cancer treatments that would replace a significant portion of oncology drugs that were previously imported. In Turkey, the government has vowed to stop paying for 54 main pharmaceuticals starting in 2018 unless manufacturers agree to switch to domestic production.

Saudi Arabia has previously drawn out plans to localize 40% of the pharmaceutical sector and reduce its reliance on imports as part of its National Transformation Programme. The UAE’s Ministry of Health and Prevention (MoHP) will lead a large collaboration of local and global pharmaceutical companies to localize the production of 160 breakthrough medications. Algeria has opted to swap locally-made medications for imported drugs following a significant decline in foreign currency sources due to a drop-in income from oil exports.

Import substitution initiatives in the Middle East are the result of the region’s difficult economic situation, and they represent some of the region’s hopes to become significant participants in pharmaceutical production.

Tendering for procurement
Tendering is the most prevalent way for off-patent pharmaceuticals to be obtained, and it is used in eight countries: Algeria, Egypt, Kuwait, Lebanon, Morocco, Qatar, Saudi Arabia, and the United Arab Emirates. Tendering is used in conjunction with other mechanisms in several countries to compensate for off-patent pharmaceuticals. One such strategy is internal reference pricing (IRP), which is used in Algeria, Morocco, and Qatar, while formulary management is another (Algeria, Lebanon, and Qatar). Prices obtained from ERP calculations are used as recommendations or negotiating starting points for off-patent commodities in Algeria and Qatar.

Tendering is also the most popular way for generic pharmaceuticals to be obtained, and it is used in nine nations (Algeria, Egypt, Jordan, Kuwait, Lebanon, Morocco, Qatar, Saudi Arabia, and the UAE). The procurement process accounts for 80% of all transactions in KSA. Public sector procurement in Jordan is conducted through yearly bids submitted by four government parties under the generic names of medications or therapeutic groupings. Only hospitals in Algeria use generic tendering and formulary management.

Regulatory Scenario
One of the primary impediments to progress in the MENA pharmaceutical business has been a fragmented regulatory procedure and issues due to the countries’ varying requirements. Several countries have their own technical and administrative requirements, drug registration processes and protocols, and other formalities, making drug approval and commercialization more difficult. For regulatory compliance, MENA adheres to ICH-GCP standards, and each member country has its own set of national norms. The Egyptian Drug Authority (EDA), Abu Dhabi Health Authority, Jordanian Food and Drug Administration (JFDA), and Saudi Food and Drug Administration (SFDA) are some of the regulatory agencies that follow ICH-GCP, but their procedures and schedules differ.

Each GCC member state has its own medical device regulatory framework, which is at varied stages of maturity. Despite this, it appears that all GCC countries acknowledge the importance of having a solid regulatory structure that allows access while preserving public safety. All GCC member countries need international device makers to create a local (or approved) agent in order to register/register (along with distribution and sale) their devices with each country as a beginning point in the regulatory process. The most developed regulatory system in this field is in Saudi Arabia, followed by the UAE, and finally, Qatar, whose system is still in its early stages of development.

Political and Economic Instability
Because of political upheaval and economic crisis, countries such as Lebanon, Iraq, and Iran remain unappealing markets. The proximity of Lebanon to war-torn Syria is the source of the country’s most serious operational challenges, threatening pharmaceutical trade linkages with major drug makers in Israel and Jordan. Because of the economic crisis, emergency drug subsidies have been discontinued, resulting in significant price increases and medicine rationing due to drug shortages. The country’s ongoing political and security issues will continue to impact on its potential appeal to investors, notably those in the pharmaceutical sector.

Lack of R&D and new drug outputs
Given the government’s overall R&D funding, the bulk of pharmaceutical development research activities are dispersed and have no apparent end. A lack of qualified personnel, technical experience, adequate infrastructure, stringent rules that impede drug market access, and the emergence of patent cliffs have all resulted in inadequate R&D spending. As a result of these restraints, local pharmaceutical firms have become reliant on drug imports and repackaging. The fundamental problem could be a lack of collaboration among academics, research institutes, and pharmaceutical companies in generating unique pharmaceutical items that can be patented and manufactured locally.

Government stance
The UAE Ministry of Health has stated that the ‘Reduction in Medicine Prices’ effort will be maintained until drug prices in the UAE are the lowest in the Arabian Gulf. While the UAE has a firm stance on medicine prices in the Middle East, it is unlikely to establish harsh pricing systems similar to those found in other industrialized economies around the world. This pricing limitation is meant to suit the UAE’s goal of attracting more foreign investment as part of its drive for innovation and technology, to which international pharmaceutical companies may contribute.

External Price Referencing (EPR)
EPR is a pharmaceutical pricing control approach in which decision-makers identify a basket of nations’ prices as the basis for their national target price. EPR is the most commonly used method of pricing in-patent pharmaceuticals in the MENA region, but other criteria, such as the product price in the country of origin, prices in the GCC region, and prices of pharmaceuticals in the same therapeutic category (internal reference pricing – IRP), may also be used.

In 2014, GCC states implemented a unified pricing approach, establishing a single price across the region to manage pharmaceutical prices. The administrative method for EPR is highly difficult and resource-intensive, and the complexity is directly proportional to the size of baskets and the frequency of re-pricing. EPR’s principal purpose is to serve as a cost-cutting tool in MENA countries by benchmarking against the lowest list prices from diverse and large baskets. EPR pricing approach results in prices that are apparent and perceived to be too low in comparison to international norms; producers may withdraw things from a market if authorized.

Reimbursement policies
Many MENA countries have fragmented payment systems, with multiple entities involved in pharmaceutical procurement, healthcare delivery, and reimbursement. Bahrain, Kuwait, Saudi Arabia, the United Arab Emirates, and Qatar all provide comprehensive healthcare to their citizens. The majority of countries in the area fund their healthcare needs through a combination of government funds, national health insurance plans, and out-of-pocket (OOP) payments. Across the MENA region, the techniques utilized to obtain and reimburse off-patent pharmaceuticals varied. The majority of countries utilize a combination of reimbursement decision-making processes, including as tendering and formulary management. Despite growing interest in the use of Health Technology Assessment (HTA) and risk sharing agreements (RSAs), neither method is used in the reimbursement systems of the MENA countries. There are no independent or quasi-independent entities in charge of HTA.

Inadequate patent protection and enforcement
According to the Pharmaceutical Research and Manufacturers of America’s 2021 research, major problems for multinational drugmakers in countries such as Saudi Arabia, Egypt, and Algeria are the countries’ poor intellectual property protection and patent enforcement. Egypt lacks effective patent enforcement, allowing manufacturers to get marketing rights for subsequent products before the original product’s patent expires. The Egyptian government is moving to form a ministerial committee with broad jurisdiction to give compelled licenses. Despite improvements to the patent linkage system since 2013, it is not used efficiently in practice in Saudi Arabia. In 2017, the Saudi Food and Drug Authority approved the marketing of a generic version of an innovative drug for the duration of the product’s patent term. While this improves the climate for domestic generic drugmakers, it also has a negative impact. It discourages multinational corporations from advertising innovative medications in the country.

Best Practice
Technology transfer facilitation
Although the pharmaceutical technology business has grown over the years, it still lacks the R&D capacity to go beyond generic and over-the-counter medication production. Another option for increasing local drug production is the establishment of a number of contract development and manufacturing organizations (CDMOs) in various manufacturing sectors, which may provide comprehensive facilities ranging from drug discovery to drug manufacture. This service outsourcing would speed the region’s pharmaceutical manufacturing’s scalability and localization.

Due to a shortage of pharmaceutical R&D, a shift to low-cost generics manufacturing, importing foreign-made medications, and secondary repackaging of pharmaceuticals has occurred. Existing pharmaceutical companies should increase their risk-taking by spending more on revolutionary medicine research programmers. These companies have a better understanding of market dynamics and legal authorities, which has the potential to strengthen mutually beneficial cooperation with all important sectors. Improving R&D skills and attracting new commercial prospects, will result in a “win-win” situation.

As a result, firms must grasp the various levels of investment risk and benefits that exist in MENA markets. The high cost, lengthy procedure, and tight laws and regulations of licensing a locally produced drug make it difficult to get new pharmaceuticals on the market. Furthermore, the system lacks an effective and integrated framework for creating and transforming R&D findings into more valuable and relevant goods. Much attention is placed on regulatory procedures, healthcare systems, and healthcare expenditure due to considerable variations.

The focus is on the larger, more established MENA pharmaceutical markets. The wealthier markets of the Middle East will continue to be the key drivers of development due to higher levels of pharmaceutical expenditure and more sophisticated pharmaceutical enterprises.

Market Access for Pharma and Medical Devices in APAC Region